Warning: this is a long read but you won’t regret it after all. 🙂

Tiramisu! the name by itself, always wanted me to want more of it.

A dessert of Italian origin since the 1970’s that won the world with its classical heavenly taste in less than a  decade, is what can even modestly describe a Tiramisu in my experience of cake discoveries.

This Tiramisu cake trial has certainly been listed as one of my very own favorite makes.

So what makes a Tiramisu a Tiramisu? For the starters it is one of those desserts that are proudly and traditionally served cold, though not chilled and so known as a semifreddo. It is as you might know, a layered cake soaked in coffee liquor , sandwiched with whipped creams, and dusted with cocoa powder on the top and is prepared a day in advance. Easy to identify !

Originally Tiramisu cakes have been invented and prepared with a constant ingredient called mascarpone cheese and raw eggs. But Hello!, this is time to veganize and enjoy desserts like never before and that is exactly what has been attempted here, experimenting with the best ever vegan substitutes and I wish I could have saved my guests reviews and expressions over this (my discovery).

Time For My version of the Tiramisu Cake:

For the cake, I wanted to make two layers- one is the basic vanilla cake and the other is a plain chocolate cake. Relax! there is no need to panic. There is no overdo of cooking time or efforts. All you need is to split your batter into two portions- one remains as is and the other with the addition of cocoa powder. That simple.:)

Similar to the choice of using two different classic flavors of cake, I also did choose to make two kinds of the classic creams that would sandwich this cake- vanilla and chocolate. 🙂

For the chocolate whipped cream :

To make, mash the avocado until creamy, add the cocoa powder, the vanilla essence and sweetener along with soy or any other non diary milk and whip on high speed and your chocolate whipped cream is ready.This is how simple it is make!

Time to Set the Final Cake 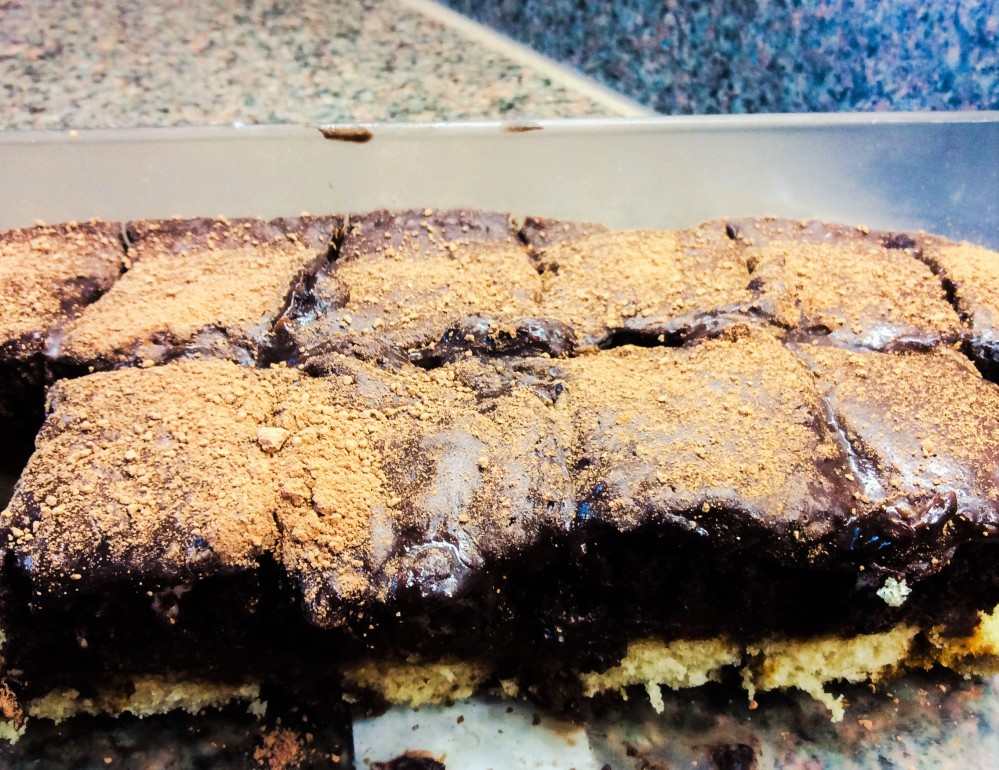 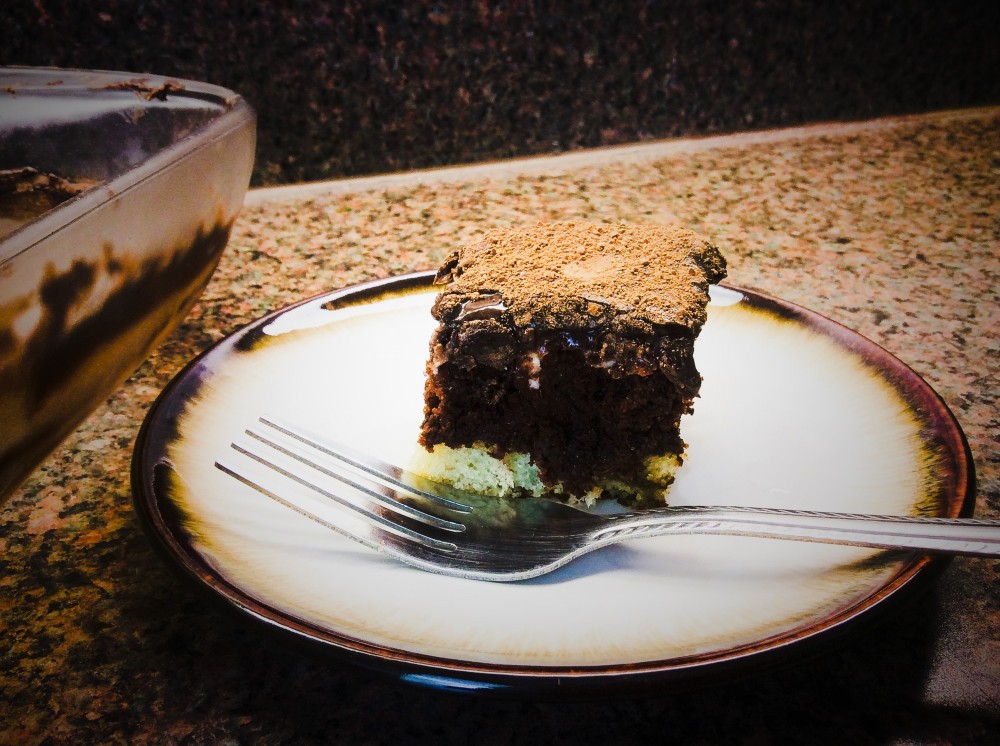 Dinner over? Time to serve some dessert? There you go ! cut the cake into small squares and serve it cold to your guest and enjoy the expression.

At the end of the day, this is your reward as a cook, as a baker, as a foodie and as a host. 🙂 Enjoy!

P.S: Phew! this was indeed a long blog and a long read, but its totally worth a try. Thanks a bunch for hanging till the end. Your views and comments would be equally worthy to me as it was for the cake. 🙂